Waddlesworth is a delusional macaw who thinks he is a dog from the film 102 Dalmatians. He lives at the dog shelter with Kevin and The Gang, and is good friends with Oddball, Domino and Little Dipper. He is voiced by Eric Idle.

Waddlesworth can be seen ordering the dogs in The Gang around or just mocking Kevin. He often makes snide remarks about some of the characters and can also act as a translator for the dogs.

When Kevin tries to ask Chloe on a date, Waddlesworth realizes that he needs a little nudge, so after Kevin saves Oddball and Chloe asks if there is any way she can say thanks, the macaw intervenes and suggests dinner.

When Kevin is later wrongly arrested by the authorities, Waddlesworth, after hearing the Twilight Bark, is able to get through the prison bars and sings the police officer to sleep, so he may get the keys to free Kevin. Later in Le Pelt's factory, he is able to use his beak to cut an opening into the basement, where the puppies are being held.

Throughout the whole movie, the macaw is convinced that he is a Rottweiler, refusing to believe that he is capable of flying; however, when he leaps to Oddball's aid to catch the Orient Express, he discovers to his surprise that he can fly. Whilst he found out that he wasn't a Rottweiler, he now believes that he's a retriever.

After the Dalmatians bake Cruella into a cake in which she gets iced, sprinkled and drooled on, Waddlesworth puts a wedding cake decoration on top of her head and says, "You may now kick the bride."

102 Dalmatians: Puppies To The Rescue

Waddlesworth appears in the video game 102 Dalmatians: Puppies To The Rescue. He informs Domino and Oddball that Cruella is capturing all the pets in England, in Regents Park, and tells them how to defeat her toy robots. Whilst he acts as a checkpoint in the levels, if the player collects all the bones in the level, Waddlesworth will come and fly the pup around the level if they stand in the right place. 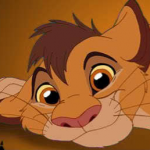 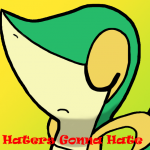