"You Say It's Your Birthday"

Prima Doggy is the second segment of the twenty-third episode of 101 Dalmatians: The Series.

Since this segment is in the same episode of "Alive N' Chicken", this episode was also banned for almost 19 years after the 9/11 attacks because it was too short to fill a 30-minute time slot.

The episode begins with the Dalmatian pups watching a show in the barn called Air Dales. As they discuss which Air Dale is their favorite, an announcement is made on auditions for a dog to appear in the new "Kanine Krunchies" advertisement. Lucky thinks he should try out, as does Rolly. Spot reckons she can make it too, since they can do anything with special effects these days.

The next day, the pups arrive at the audition and see the other dogs competing. Rolly notices a dog just like him and drops out; Spot decides to still audition with an egg-juggling trick. As Lucky fears he doesn't have a chance, Cadpig assures him that it's all up to destiny (namely herself).

Lucky decides to look around to see if there is anything he can use to make a better impression for his audition, before coming across an Air Dales costume. Cadpig herself has been going around belittling the competition, before she overhears the director, Cecil B. de Vil, wanting a "natural" dog for the role.

Cadpig informs Lucky on this, and as they try to get him out the Air Dales suit, they accidentally turn on the jet pack, sending Lucky flying through the air and onto Cecil's lap during Spot's audition (who is then crushed by the jet pack). Seeing how natural he is, Cecil B. de Vil casts Lucky as the spokes pup.

Back at the farm, the residents hold a party to celebrate Lucky being cast. Patch and Two-Tone ask for Lucky's paw print, and when Lucky asks Mooch if he wants one, Mooch pushes his own paw print in Lucky's face. Cadpig tells Lucky to ignore the critics and the dinner bell is heard. As Lucky tries to join them, Cadpig reminds him a star never follows the crowd.

At the Chow Tower, Rolly offers Lucky to join them, but Lucky refuses to eat from a trough and eats from a bowl instead. Rolly and Spot ask Lucky if they can watch him filming his commercial, and Cadpig suggests they can be an entourage. Lucky agrees.

The next day at the studio, Lucky brings his entourage (Rolly, Cadpig, Spot and Patch) and feels this part is just the beginning (sitcoms, movie deals, his own toy line, etc.). Cecil B. de Vil gets Lucky ready for the take, wanting to show how far a dog will go to get "Kanine Krunchies", no matter how many takes it takes. Lucky figures he'll get it right on the first take.

This first take consists of Lucky parachuting into the kitchen and eating the kibble, to which is does spot on; Cecil, however, doesn't feel that approach is big enough. The next take features Lucky swimming through a swamp to get the kibble, again turned down. The third take features him climbing a snowy mountain but said take is, again, turned down.

Lucky is starting to feel stuffed by eating too much kibble and Rolly offers to be his stand-in. When Lucky comments that a stand-in has to look like the star, Rolly thinks Lucky is calling him fat, Lucky confirms this since stars can say whatever they want, causing Rolly to storm out.

When Lucky begins to feel exhausted and Spot offers if she can be his stunt chicken, Lucky turns her down since he does his own stunts and tells her to get her own commercial. Spot too storms off, stating, "Maybe [she] will."

The filming continues, amongst one of them featuring Lucky running into a tunnel during an alien attack.

Four hundred takes later, Lucky is filmed jumping from an exploding helicopter, onto a train, but hesitates at the bowl, sick of eating the kibble. Angry that the big take he wanted was ruined by the pups' reluctance, Cecil fires Lucky. Whilst trying to figure where he is going to find a new Max Dog, he notices Spot and gets a sudden idea to cast her instead.

Lucky is upset by this but Cadpig comforts him, saying, "Everyone should be treated like a star…per turn…" before instantly running to be Spot's agent.

At first, Spot is disgusted that she was cast to advertise "Chicken Flavored Kanine Krunchies." However, she changes her mind once Cadpig points out that the kibble only has "artificial chicken flavor."

Back at the Barn, Lucky apologizes for the way he acted, saying, "[He] let being a star go to [his] head."

Patch comments that he just hopes it doesn't happen to Spot as the commercial for the new Chicken Flavor advertisement airs, starring Spot.

Behind The Scenes Gallery 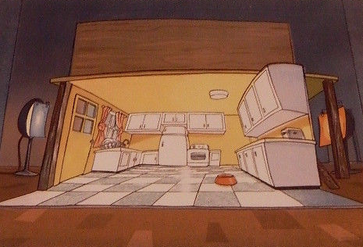 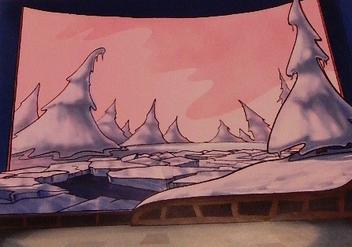 Prima Dog Snow Set
Add a photo to this gallery
Retrieved from "https://101dalmatians.fandom.com/wiki/Prima_Doggy?oldid=27278"
Community content is available under CC-BY-SA unless otherwise noted.